Since the first event in July 1856 which was a ploughing competition held on Messer Baird's farm between Ballarat, Burrumbeet and Creswick, the Society has been actively promoting agricultural in all its different shapes to the community of Victoria.

The first President was Robert Muir. The Society moved from its first site on the north east shores of Lake Wendouree to its current site in 1933 and has been holding Sheep Shows and Spring Shows ever since. We now have a well established  three day Show in November with Beef and Dairy Cattle, Sheep, Goats, Poultry, Birds and Cats being exhibited. We have displays and competitions in Homecrafts-Cooking, Needlework, Knitting, Art & Craft and a lot of Children's' participation in the Craft area

The objective of the Society shall be to promote the development of the agricultural, pastoral, horticultural, viticultural, stock raising and industrial resources of the district of Ballarat, and in effect,through the initiation and conduct of such activities for the benefit of primary producers and the community as a whole. 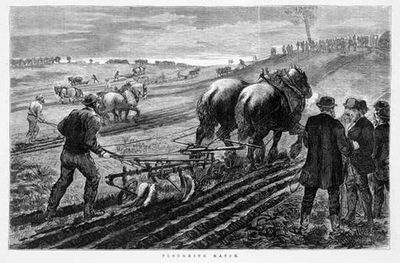